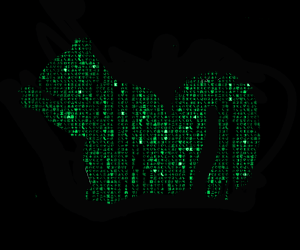 £4 per hour plus tips, must have nice norks.

An almost impossibly cryptic internet puzzle that has taken the world by storm has finally been traced to a local pub in Harold.

‘Cicada 3301’, a series of mathematical and literary puzzles that is impenetrable to all but the brightest minds, was set up by a barman called Eddie in an attempt to find a capable barmaid.

Locals at the Squirrel Lickers Arms have grown used to incompetent and surly service. But the ever-resourceful and odd-smelling proprietor,  Eddie, decided to mount his own recruitment drive after yet another useless agency worker failed to live up to his admittedly low standards.

“I tried running an ad in the Dunstable job centre, but all the applicants insisted on the minimum wage, or were aware of the European directive on working hours”, explained the codemaster.

“So instead I hid the advert in an image file, and posted it on Reddit.”

The puzzle quickly went viral and a number of theories were proposed as to who could be behind it. Was it the CIA? MI5? Or a small hostelry in Harold? Opinions were divided. Eddie claims the clues were posted on the darknet, using an old laptop with a broken screen.

“The first stage filtered out the morons, with a question about how to pour a shandy”, revealed Eddie. “Those that decoded ‘pourthelagerfirst.com’ were met with a picture of a duck.”

It was a clever double-bluff.

“The correct answer, of course, would have taken you to ‘tellthepuntertopissoff.net'”, said Eddie. “If you found that site, you were half-way there. But could these hopefuls possibly explain how to accurately age a pickled egg?”

Eddie explained that it was yet another trick question, because pickled eggs are timeless. The lucky 8 applicants that cracked this step were through to the face-to-face interviews.

“That was when it went a bit pear-shaped”, the disappointed landlord admitted. “I was met by three heavily-set Russians, a po-faced American in sunglasses and a Transit van full of Chinese assassins.”

Fortunately, Eddie smoothed over the near-international incident with a jug of scrumpy and a relatively fresh plate of crab sticks. “We gathered round one of my better tables, and talked over the position available. But the crab sticks must have been a bit on the turn, because at the end of the interview there was only one person left standing.”

“And that person was bloody me. I suppose I’ll have to do all the work around here. I’m certainly not paying out six pounds bloody thirty-one pence an hour to someone with a weak stomach. Do these people not want to work? They’re a complete enigma to me.”

Filed under Around Harold, Technology

One Response to Revealed: Cicada 3301 code is recruitment ad for barmaid