G4S ‘at least as trustworthy as me’ claims minister 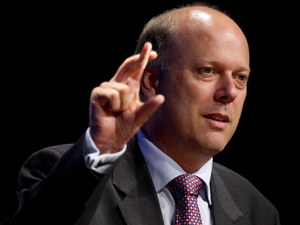 Grayling only lies when his fingers are crossed

G4S, ‘the serial offenders co’, has offered to repay the Ministry of Justice £24.1m, after admitting the way it charged for tagging offenders was ‘not appropriate’.

Fortunately for G4S, its internal review found this wasn’t the result of dishonesty. Rather, it had wrongly thought it could claim for tagging people who were dead or in prison. Or both.

“We had a result over Olympic staffing with only 3% of the contract performance related” said a corporate oaf. “Ripping off government is a victimless crime, it’s not like dead prisoners are moaning.”

The report was welcomed by Justice Minister Chris Grayling. “If G4S investigated I won’t bother. Sweet.”

Grayling’s relaxed approach won’t extend to others, ending rumours that poor thieves might investigate themselves and give the loot back, rather than go to court.

“Are you joking? When someone nicks a bottle of scotch,  the fabric of society is undermined. That’s what I call ‘inappropriate’. That sort of villain needs to be on a Curfew Order, monitored by G4S. I’ve already written them a cheque.”