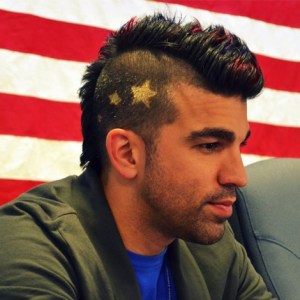 While he pulled and twisted the little tab on the corner of the packet and even tried to separate the plastic film from the tab itself with his fingernails, his hash browns had caramelised in the pan to such an extent that a layer of Teflon switched allegiance to form a new chemical compound.   Ultimately, Bolden was left with no option but to stab at the bacon packaging frantically with the kitchen scissors in a convincing re-enactment of the shower curtain scene from Psycho.  ‘That’s when it struck me,’ he continued, ‘maybe it is rocket science after all.’

‘The brief is simple,’ he told a pre-packed conference at Tesco’s UK Headquarters in Cheshunt, Hertfordshire, ‘to make a pack that peels open easily and can then be resealed by a simple swiping motion.  Not as easy as it sounds.’

Maj. Gen. Bolden was introduced by Prof. Brian Cox who explained the background to the problem.  ‘We solved Euclid’s Hyperbolic Dilemma and Pythagoras’ Parametric Paradigm.  We even found Schrodinger’s Cat, or its remains anyway, behind the fridge; but that’s another story.  Peel-and-reseal is now the only remaining problem that the collective brain of humankind has been unable to solve.  Well, apart from the parking problem in Taunton.’

‘The central issue,’ continued Maj. Gen. Bolden, ‘is the compromise between easy-open-easy-seal on the one hand and health-and-safety on the other.  When people buy their eggs, they simply can’t resist opening the pack and giving the eggs a quick fondle.  Eggs are attractive like that.  Checkout usually does it too.  Everybody wants to fondle your eggs.  Same with bacon.  If it’s too readily-accessible, you’re going get people sniffing it and licking, trying to decide do they fancy the smoked, or the unsmoked, or the one they cured in Wiltshire.

‘Sure, it’s a challenge,’ he rounded up, ‘but, hey, we’re NASA and as everybody knows, you don’t get better than a NASA engineer.  Amen.’

Brian Cox added that it could take thousands of years to solve the problem.  ‘If all else fails,’ he said, ‘we’ll develop hyperspace travel first and visit some distant galaxy where they’re light years ahead of us and see if they’ve had any luck with it yet.’