‘Lump of coal’ is this year’s must-have Christmas gift 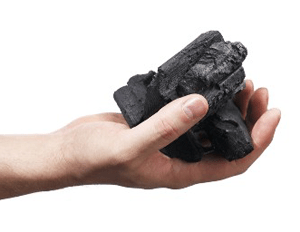 Britain’s freezing pensioners, children and other humans are putting their Christmas lists together early this year – and there’s just one must-have item on their minds: a lump of coal.

As energy prices soar for the 238th consecutive week, many in the UK have forgotten what it’s like to feel their feet. With many families ripping out their gas pipes, selling them to gypsies and using the proceeds to switch a light on for an hour, the thought of a string of Christmas lanterns is too much to bear.

“Struggling families face a stark choice this year”, explained Harold’s vicar Tansy Forster, “between having something to eat, or switching the heating on. Fortunately, coal can satisfy both of these desires: it’s flammable and not all that undelicious if you use it to make a smoothie. But remember that legally, you mustn’t call it ‘Coke’.”

A lump of coal has been a traditional present since Victorian times, but normally only for children who have been naughty. Energy secretary Ed Davey explained how the practice was seeing a revival, as he showed off a wheelbarrow of the stuff he’s been saving since he was three.

“Christmas doesn’t have to be commercial”, insisted Davey, “isn’t it better that it’s instead a celebration of just barely clinging to life? It’s going to be a cold winter this year so show someone you love them enough to keep hypothermia at bay for another 25 minutes.”

In the north of England and Scotland a symbolic lump of coal has been given on New Year’s Day, but Davey warned that this could be ‘leaving it too late’.

“Ideally, you want to start a fire just before you freeze to death”, Davey went on. “Doing it after that won’t be half as effective.”

Asked about solar panels and wind turbines, the MP was rather dismissive. “You can give them a try if you like, but they’re not as good as fossil fuels. The solar panels don’t burn very easily, and the wind turbines are a bugger to chop down.”