Shit hits the fan over stick of poo 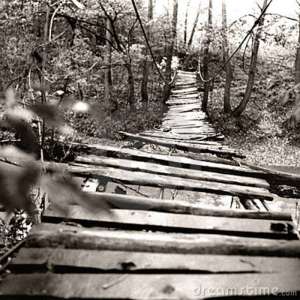 Another village tradition was flushed away yesterday, as the Health and Safety Executive pulled the plug on Harold’s annual poo-sticks competition.

There were angry scenes in the lounge of the Squirrel Lickers Arms as villagers learned that the HSE deemed an integral part of their long-held harvest celebrations to be a risk to public health.

In a statement read out by Eddie, landlord of the Squirrel Lickers, the HSE claimed “While it is never our intention to axe age old village activities, it was felt that the particulars of the village of Harold’s unique take on this otherwise innocent past-time may give rise to a potential outbreak of diphtheria or typhoid.  Not to mention the fact it made our inspectors lose their lunches.

It is therefore with little regret that we must issue notice that the practise of ‘poo-sticks’ must cease with immediate effect.”

Local farmer, Phil Evans, told us “For generations, Haroldites and Haroldians alike have painstakingly and loving crafted the sticks used, carefully harvesting the biggest, thickest logs, carefully adding them together, often using special ‘poo-sticks’ moulds to ensure the best hydro-dynamic shape, before the whole village would gather at the village bakery the night before the competition to ‘fire’ their sticks in the bakery’s ovens.” Pausing to wipe something unpleasant from his hands, Phil continued,  “ From earliest village records, the good people of Harold have rejoiced in gathering on the one small bridge over the river Guggle to throw their sticks into the sluggish waters to see whose stick would make it through the other side first.  We can’t let these jobsworths from the HSE stop that.”

Local councilor Ron Ronsson has vowed to appeal, saying “I object in the strongest terms to their allegations that we’re causing serious illnesses with our tradition. It’s just not on, that kind of shit sticks.”

Comments Off on Shit hits the fan over stick of poo