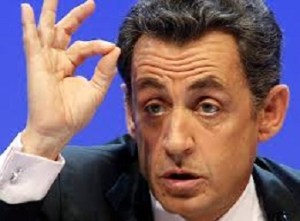 A change in French law means it has now become legal to insult the French president, giant bell-end Francois Hollande.

Parliament agreed on Thursday to amend legislation dating back to 1881 in favour of freedom of speech. Previously, anyone tempted to offend the huge ringpiece  of a President risked a fine, but now it is completely legal to refer to the head of state as “cockpiece”, “arsegargle” or “turdroller”.

Political commentators view legalising Presidential insults as something of a missed opportunity just after France has got rid of “prime 100-carat gold-plated knob-jockey” Nicolas Sarkozy. As recently as last year a man was fined for insulting President “nanopenis” Sarkozy. The European Court of Human Rights subsequently decreed that the man’s conviction and his 30-euro  fine had been “disproportionate”, and further ruled that “Fuck-knuckle Sarkozy isn’t fit to shovel shit from one place to another.”

The legal ruling brings France into line with other European countries such as the UK, where it has always been perfectly acceptable to state, for example, that Prime Minister David Cameron is an ENORMOUS MOON-FACED HEALTH SERVICE DESTROYING SWAN-GUZZLING ARSEHOLE, or to mention in passing that London Mayor Boris Johnson is a cunt.