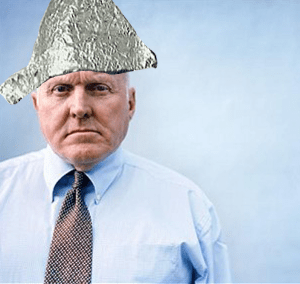 Colonel Thomas Hallet, formerly of the Dunstable Light Infantry has served his country with distinction both in the UK and across the world seeing service in Stockholm, Geneva, and the Turks and Caicos Islands. Now he faces another battle and that is to convince the medical establishment that an intolerance to celebrity culture is a genuine illness.

‘It started with Britney Spears,’ he told the Evening Harold. ‘Some years ago she broke up with her husband who was once her backing dancer and is known as K-Fed. And I know that. That is knowledge in my head that I’ll carry until my dying day. It is knowledge that I categorically did not seek out and it’s making me ill.’

‘Katie Price who used to be called Jordan and was married to Peter Andre got married two weeks ago to some other poor bastard. This crap is somehow burrowing into my brain and upsetting me. I’ll be trying to get some gardening done and I’ll suddenly realise that I know where Simon Cowell went on holiday and in that moment of revelation it’s hard to want to go on living.’

To combat what he sees as the unstoppable and harmful nature of celebrity culture the Colonel has gone to extraordinary measures lining the walls, ceiling and doors of his study with tinfoil, sealing all the edges with tape and covering the windows with mosquito nets left over from his military adventures. And today he had decided to trial a tinfoil helmet.

Hallet is calling for a blanket ban on what he sees as a toxic culture that is not just hurting him but many fellow Haroldites.

‘If only Dr Evans would accept that this is a real illness and that celebrity culture is the cause then it would be a matter of public health and we could censor our media accordingly. After all who wouldn’t like to go about their business and not have vital space in their memory taken up with the fact that there exists something called a TOWIE?’