Tag Archives: turn it off and on again

Desperate PM to try turning Tories off and on again 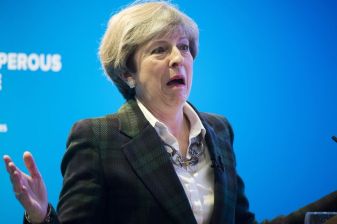 Strong and stable or don’t you think she looks tired?

Facing the prospect of Brexit kicking the UK so hard it’ll be wearing its arse for a hat as Conservatives from councillors to MPs are seemingly engaged in a ‘who can blather like the most offensive bubbly-jock’ contest while Michael Gove and Boris Johnson are like just out there, you know, loose, a frantic Theresa May has opted to turn the Tories off and on again in the hope that’ll fix all their and her problems. END_OF_DOCUMENT_TOKEN_TO_BE_REPLACED

Tagged as Evening Harold, theresa may, turn it off and on again