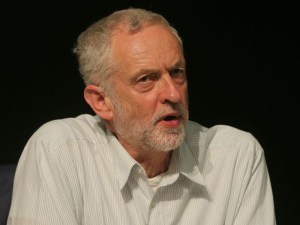 “I’m not sure what the question was.”

“This can happen if you’re a rebel, and you end up in charge”, said a spokesman. “It’s easy to forget that it was you who made the decision in the first place.”

Jeremy Corbyn has rebelled against his party more than 500 times during his career. Shadow Chancellor John McDonnell praised him for his consistency, but then changed his mind and called him a ‘scab’.
END_OF_DOCUMENT_TOKEN_TO_BE_REPLACED

Comments Off on Jeremy Corbyn accidentally votes against Labour