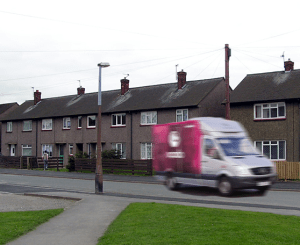 There were gasps amongst Harold’s more successful residents yesterday, after an Ocado van was photographed in an area prone to social housing.

The van, later identified as ‘Alan in his Raspberry’, is thought to have contained kumquats in a built-up area.

“I expect more from a company so closely associated with Waitrose”, said cllr Ron Ronsson. “If they’re delivering in these sorts of places, who knows what their vans could pass on?”

Ocado’s head of social engineering, Hermione Cavolo-Nero, apologised for the grave error and promised to have the driver shot.
END_OF_DOCUMENT_TOKEN_TO_BE_REPLACED

Filed under Around Harold, Business, Society