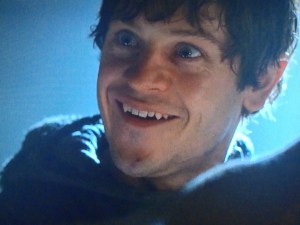 At least this one’s a smiler, which is nice.

Following on from the release of figures showing how many people have died since being declared fit for work and the news that the UN is to investigate his welfare reforms, Iain Duncan Smith is set to resign in a matter of days and be replaced by Ramsay Bolton.

“Ramsay will be a worthy successor,” Duncan Smith said. “We have much in common as military men who share a similar outlook. Of course he’s got where he is today thanks to his incredibly wealthy landowning father whereas I’m completely different as I’d be nothing without my incredibly wealthy landowning father-in-law.” END_OF_DOCUMENT_TOKEN_TO_BE_REPLACED