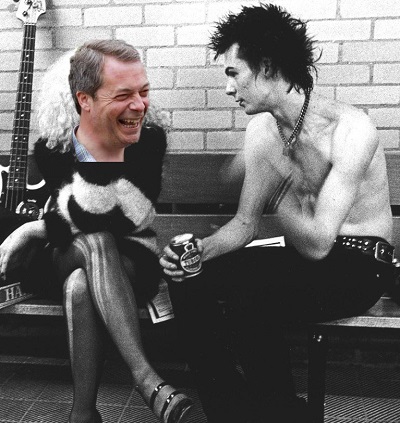 Suspicion is growing that a photo supposedly showing UKIP leader Nigel Farage in his youth as a rebellious punk rocker is in fact a forgery.

The photo, above, seems to clearly show Sex Pistols bassist Sid Vicious looking adoringly into Farage’s eyes, and it is these subtle homoerotic overtones which have allegedly caused the UKIP hierarchy to demand a ban from all media outlets.

In fact, close examination by experts has now revealed that despite all appearances, the photo may in fact not be genuine. This is hard to believe, given its authentic appearance, but Photoshop gurus have managed to spot a few tell-tale discrepancies which may begin to cast doubts.
END_OF_DOCUMENT_TOKEN_TO_BE_REPLACED