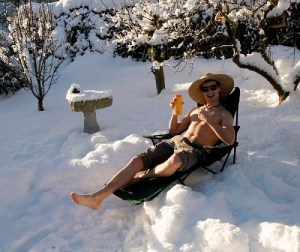 ‘And they call this global warming’

Researchers at the Harold Institute of Comedy Studies have released a study showing that jokes about global warming during bouts of freezing cold and wet weather have reached dangerous levels.

Professor Al Jones, who specialises in comedy change, set up instruments throughout the UK to detect winter global warming jokes, and the results show clear evidence of a man-made comedy catastrophe.
END_OF_DOCUMENT_TOKEN_TO_BE_REPLACED