After years of missed NHS standards, Jeremy Hunt is referred to parliamentary standards commissioner for not filling in a form 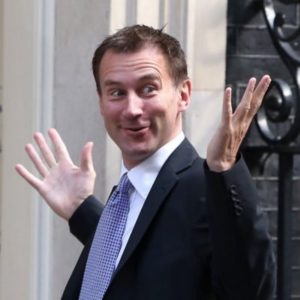 Serial bungler Jeremy Hunt is finally being called to account by parliament. For his form-filling skills though, oddly enough.

“Compared to the ongoing NHS car-crash, even his marmalade work was brilliant. And that was a fucking disaster.” said a philosophical Harold woman, unlucky enough to have fallen seriously ill in March, who is still in the waiting room at Dunstable Royal Infirmary.

“I’ve bought a raffle ticket for a trolley berth and hope to get a corridor spot by the summer. Fingers crossed!”

“It’s good to know that Mr Hunt’s form-filling is coming under scrutiny though. It’s important that politicians know they can’t get away with being incompetent liars.”