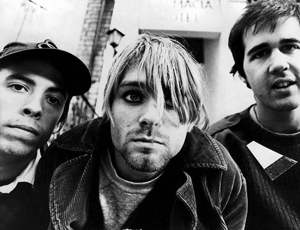 Is this image proof of ‘The Curse of Nirvana’?

In April 1994, Kurt Cobain was killed in a freak accident while cleaning his machine gun during a leisurely breakfast.

Some had hoped this would begin and end the notorious ‘Curse of Nirvana’, but chillingly, it was not to be.

Now, just 24 short years (and 2 months or so) later to the day, Jeff Grohl has broken his leg.

In a freak accident, probably linked to The Curse, James Grohl fell gravity-wise from the podium we all put him upon, and broke his bone.
END_OF_DOCUMENT_TOKEN_TO_BE_REPLACED

Comments Off on Curse of Nirvana strikes again?