Farage shows his charitable side by growing Hitler Movember moustache 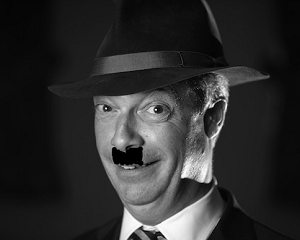 You decide: Hitler, Chaplin or Blakey from ‘On the Buses’?

With his UKIP troops poised to take Westminster by storm, nagging doubts have been voiced after Nigel Farage appeared in public sporting a moustache reminiscent of that belonging to prominent German politician Adolf Hitler.

Amazingly it was clear from his demeanour at the Rochester hustings that the right wing leader had no idea of the similarity his upper lip bore to the Nazi leader.

In a bizarre local radio interview, Farage was asked about his moustache. “It’s jolly good, isn’t it?” he said, stroking the fresh growth. “I’m doing it for the Movember charity which raises funds for men without balls or something. Our PR people thought it would be a good idea.”

Once the interviewer had grasped the concept of UKIP actually having PR people, he asked END_OF_DOCUMENT_TOKEN_TO_BE_REPLACED