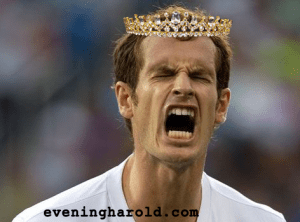 The Miss Universe 2015 contest has ended in confusion and disarray after the host mistakenly named Scottish tennis star Andy Murray as the surprise winner.

A shocked but delighted Murray had already been crowned, and was in the middle of a worldwide TV interview before the mistake was spotted.

“This is so unexpected, but I couldn’t be happier,” Murray announced in front of a cheering crowd. “I’ll do my very best to be as feminine as possible during my term as Miss Universe, starting with the grunting, that’s so important for us lady players.”

“I don’t think I’ve quite got the look yet, either. I’ve got quite a smooth backhand, but the rest of me is pretty hairy, to be honest.”