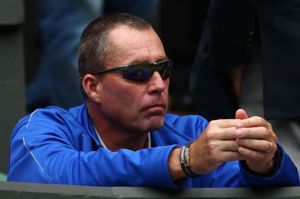 Andy Murray has split with Ivan Lendl the coach under whose guidance he won both Wimbledon and Olympic gold saying that Lendl simply wasn’t “miserable enough”.

“I just can’t handle it anymore,” Murray told reporters. “Twice already this year Ivan’s smiled during a coaching session and, though he denies it, I swear I once heard him chuckle when he was talking to his wife on the phone.” END_OF_DOCUMENT_TOKEN_TO_BE_REPLACED