Rolf Harris only musician to agree to play at Trump Inauguration 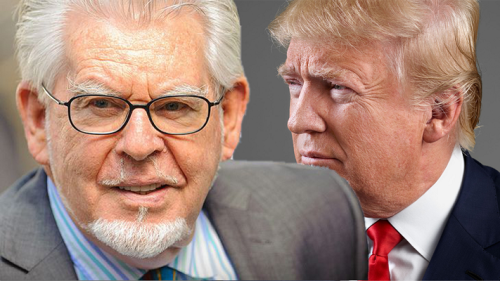 Two little toys out of shot

GOP insiders had been increasingly nervous that no top-ranking stars would agree to take part, after angry refusals from everyone who’s been on television in the last 70 years.

Absolutely everyone famous you’ve ever heard of respectfully declined their invitation to attend the ceremony, explaining that they had a sore throat, scheduling difficulties, and they thought Trump was an asshole.

Fortunately, the terms of Rolf’s open prison meant he was able to step in at short notice, ensuring Trump’s supporters would get the kind of entertainment they deserve.

It is believed that the star will be performing a set packed with favourites, including Two Little Boys, Tie me Kangaroo Down Sport, and I’m Jake the Peg (Grab them by the Pussy).

There have of course been concerns that associating with such an unpleasant character might be bad publicity, but Rolf is said to be fairly relaxed about this, provided Trump doesn’t get too close.