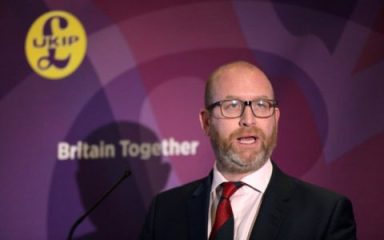 Anyone else hearing General Melchett? “Baaah”

The Met have questioned this month’s Ukip leader Paul Nuttall, after he issued threats to “hold the goverment’s feet to the fire”, during the official launch of Ukip’s election campaign.

“If enough people are stupid enough to vote for him” said Met Commissioner Cressida Dick “Mr Nuttall  threatened some form of physical violence. Taking hold of another person’s feet without consent  END_OF_DOCUMENT_TOKEN_TO_BE_REPLACED