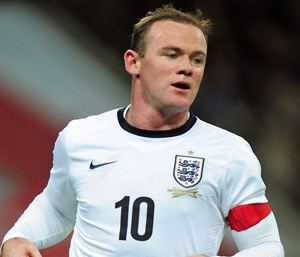 Wayne Rooney has admitted he may have been confused by the publicity about his appetite for goals after footage emerged of him eating Wembley’s goal posts ahead of tonight’s qualifier against Switzerland.

ITV cameramen were checking their monitors when they saw the veteran England captain run onto the pitch, pull up the goal posts and eat them.

“The posts themselves went in,” said the ITV, “complete with nets and webcams. We got excellent footage of them passing through Rooney’s digestive tract, thanks to their long battery life, waterproof casings and a good wi-fi signal.”

Panic set in among officials when they discovered that Rooney had also cleaned out the Wembley stockroom.
END_OF_DOCUMENT_TOKEN_TO_BE_REPLACED