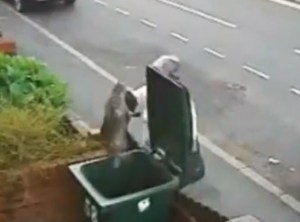 Theresa May has chucked Larry the Cat in a bin saying it was his incessant meowing that persuaded her to call an early election.

“Every day at 8am and 6pm Larry would come up to me and meow and meow. He was obviously obsessed with the idea I should call an early election” said May.

“I gave him the brush-off saying ‘Larry I can’t do it – I’ve promised the British public 7 times I won’t call an early election’ but Larry just wouldn’t take ‘no’ for an answer” explained the PM.
END_OF_DOCUMENT_TOKEN_TO_BE_REPLACED