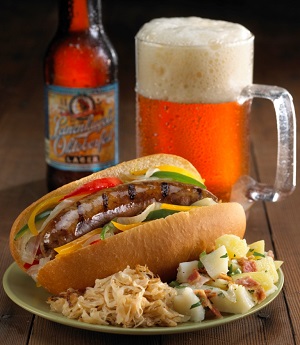 Emissions have been linked to worrying levels of accordions.

As VW’s executives admit that they sometimes release noxious gases, Germany’s ‘who smelt it dealt it’ scandal has now spread to the important spiced pork industry.

For years, the EC has imposed ever-tougher environmental rules on the sausage. Along with cheap lager, they’re responsible for 60% of tailpipe emissions.

“It seems that while German manufacturers claim to make a ‘cleaner wiener’, in reality, they’re churning out the same dirty old bangers.”

“I think they were hoping we wouldn’t kick up a stink about this. But this must be followed through, and follow through I will.”
END_OF_DOCUMENT_TOKEN_TO_BE_REPLACED

Comments Off on Emissions scandal spreads to German sausages and lager