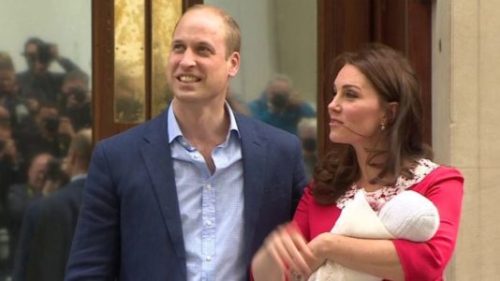 “How will we support three children when neither of has a job?” Wonders Kate

The Home Secretary, Amber Rudd says that just as soon as the new royal baby is named he will be deported. Despite being asked repeatedly, none of the Windsor family has come up with any pay slips for over 92 years and now, it seems, Ms Rudd has had enough.

“Time and time again we’ve asked the Windsors to prove they entered the UK legally, and have been working and paying their taxes here. But nothing.” Said a clearly frustrated Home Secretary.

“They seem to inhabit a parallel universe where they have no apparent income but are still able to live like kings, as if by divine right.”

Rudd says that although the Windsors move between a number of large homes spread across the country, they have failed to supply invoices to prove ownership.

“It’s as though they stole their properties but the owners, for reasons best known to themselves, decided not to report them. It has all the hallmarks of money laundering and racketeering.”