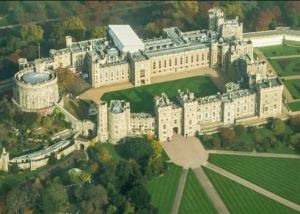 Homeless people in Windsor say their livelihoods are under threat as rumours circulate of a street-level takeover by a ruthless gang of highly professional beggars.

“The gang all claim to be members of a single yet extraordinarily extended family,” said Windsor Vagrants’ spokesperson Lindsay Tarsal. “What we do know is they use various aliases, often chosen to sound like your local. The Duke of Kent, the Prince of Wales, the Pig and Whistle… oh, hang on, that last one was David Cameron.”

“So now they’re heading down our way and all of a sudden, who would’ve guessed it, lo and behold, what’s their name now, ah, The Windsors of course, poncing about as though they own the place.”

“Over many generations, this land-owning family has built up a whole portfolio of income-generating assets, yet they go back to the British Public every year, begging for the price of a cuppa as long as it’s served in Ming Dynasty fine porcelain china and their own butler has flown to the Himalayas to pick the tealeaves himself and a bit more for sundries, about £80 million should cover it thanks.”

“There are only a few dozen of us homeless in Windsor,” continued Ms Tarsal, “we simply can’t compete against the Buckingham Massive. It was bad enough losing my home in the crash of 2008, but now I’m going to lose my homelessness as well. What will I be then? I don’t know. The Queen’s English language doesn’t have a word for it.”

Fortunately, The Duke of Cambridge has now stepped in to help resolve the lack of accommodation issue.

“You can all sleep a few nights in my beer cellar,” said the local pub landlord.

2 Responses to Huge gang of professional beggars heading to Windsor