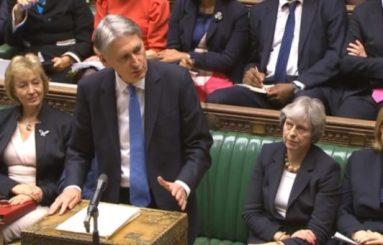 Professor of Economics Julia Hogsburn of Dunstable University explained that sexual innuendo and metaphor, though popular in tabloid journalism, were actually unhelpful when assessing economic stability. “No, what we’re looking at here is more akin to being Ramsay Boltoned” said Hogsburn “I hope that helps”.

Meanwhile regulars at the Squirrel Lickers arms were divided on the matter, with some opting to wait until hearing the views of a Conservative Councillor, handily placed in BBC’s Question Time audience tonight.

“I’m hoping Ralph Little would step in and stop Philip Hammond before he cuts off my cock and eats it.” said Alec Fairchild, a pub bore who usually misses the point.

“Well, I don’t know much about economics but I do know about Tories” said landlord Eddie Grudgingly “so my money’s on us being proper fucked.”