David Gauke drops DWP helpline charge after being found out 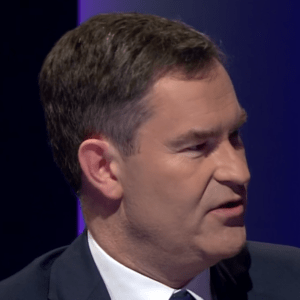 “I’m sorry we got found out.” He looks a bit Nixony to us

“We’re listening and we care,” said DWP minister Gauke, supressing a snigger. “care about being found out, that is. Now we’ll go back to the drawing board and find other, less obvious ways of punishing people for claiming benefits.”

“It can’t be that hard. Iain Duncan Smith ran the DWP for years and he needs both hands to find his arse.”

Responding to critics of the Universal Credit rollout, Gauke explained that anyone in financial crisis could have applied for an advance “… all the details were easily available from the helpline”.

Gauke is thinking of cutting the initial waiting period for payments from six to four weeks, purely by chance at around the time of next month’s Budget. “I’m going to ask Jeremy Hunt’s advice on meeting targets.” said the minister, before collapsing in some form of laughing fit.