After Rio Ferdinand, clamour grows for Michael Gove to take up boxing 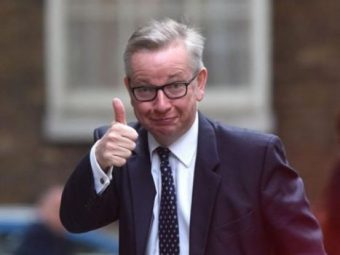 Come on, we’d all pay to see that

As yet another celebrity turns to pugilism after retirement, a movement is growing for Michael Gove to take up the noble art.

“Thousands would pay to watch Michael Gove punched around a boxing ring.” said George Tredinnick a homeopath from Harold “In fact, there’s thousands who’d pay to do the punching. I know I would. And I’m a pacifist.”

With the online game ‘Slap Michael Gove’ being a runaway success, boxing promoter Eddie Hearn is keen to bring the concept to a live audience and his big-hitting Anthony Joshua has already signed a preliminary contract to take the fight.

“This could be AJ’s biggest payday yet” said Hearn “Forget Mayweather-McGregor, this is the kind of deal that only comes along once in a fighter’s career.”

“Although, and please keep this quiet, Anthony actually said he’d do it for free.”

One Response to After Rio Ferdinand, clamour grows for Michael Gove to take up boxing