Lib Dems will be ‘victims of apathy’ predicts Harold stoner 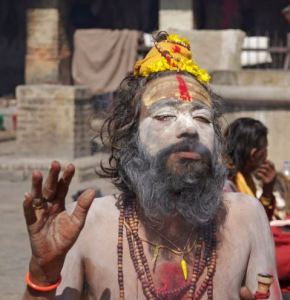 Pinning hopes for Lib Dem election success on the decriminalisation of marijuana may be flawed logic says a village stoner.

“Most of the time we’re too stoned to remember to put things in our diaries,” said the smoker.  “Anyway, politicians are power-crazed liars, who’ll tell you anything.”

The dope smoking community is also wary that someone is trying to pull a fast one on them.

“So, they want us to register to vote for this?  So is that like your name and address and stuff?  Yeah, thought so, and the next thing you know is someone’s knocking on your door init.  Get lost.”

Nick Clegg meanwhile has been explaining more details of the marijuana policy.

“From the user’s point of view, one of the advantages of a regulated system is the ability to shop around for the best deals,” he said. “It’s just like domestic fuel, if you’re not happy with the service or the price, you simply switch supplier, and we’ll be encouraging the comparison websites to include a section on the best deals available in your area.”

In response, the village stoner described the scheme as ‘privatisation by the back door’.

“First off, they nationalise it, then they privatise it and before you know it, just like domestic fuel, we’re all paying through the nose.  Well, I’ve got news.  It’s already privatised, thanks, and already by the back door.”