Labour maverick doesn’t play by the rules but gets the job done: Dirty Jerry 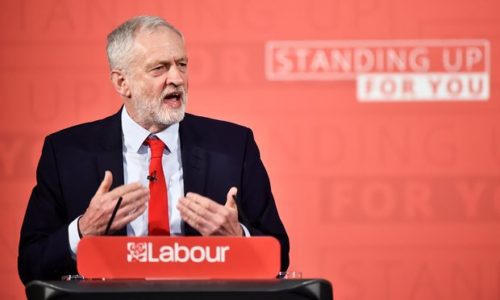 But you’ve gotta ask yourself one question: ‘Do I feel lucky?’ Well, do ya punk?

Labour’s new look Jeremy Corbyn is a steely-eyed man; he’s seen his share of trouble but takes no shit. From anyone.

In a departure from his previous gentle style, Corbyn challenged a shadow cabinet rebel today, in forthright terms. “I know what you’re thinking. ‘Did he fire six colleagues or only five?’ Well to tell you the truth in all this excitement I kinda lost track myself. But you’ve gotta ask yourself one question: ‘Do I feel lucky?‘ Well, do ya, punk?”

Eschewing the smooth soundbite favoured by other politicians, Corbyn tells it how he sees it. “A crushing Conservative victory on 8th June is not a foregone conclusion” he insists “It might be merely overwhelming.”

“When Jeremy said he wasn’t going to play by the establishment’s rules” said deputy leader Tom Watson, who’s still not sure about all this socialism nonsense “I thought he meant he was just going to start pissing in the shower.”

Watson confirmed however that the new look is more than skin-deep. “I spotted him at lunchtime playing ball games on the Parliament Square Garden and this afternoon he stood on the left on the tube escalator.”

Comments Off on Labour maverick doesn’t play by the rules but gets the job done: Dirty Jerry