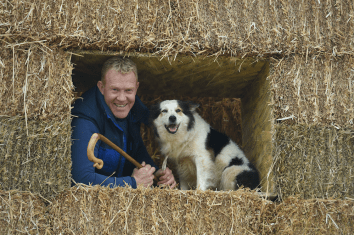 Him and Matt Baker run a fight club #FACT

Despite most Brits being obese city dwellers who wouldn’t know a badger if they found one in their kitchen whipping up a batch of parkin, Amber Rudd has announced that every citizen of Brexit Britain is now required to watch Countryfile.

“Countryfile’s lovely,” she said. “And is now the only version of Britain permitted. We are a green and pleasant land of pomp and circumstance, visions of trees full of angels and, er, Adam Henson going on about sheep suffering from licky end or something.”

Rumours that Nigel Farage will be taking over as the show’s main presenter because he’s a c*** we revile remain persistent but as yet unconfirmed.

Comments Off on Brexit Britain: watching Countryfile to be compulsory