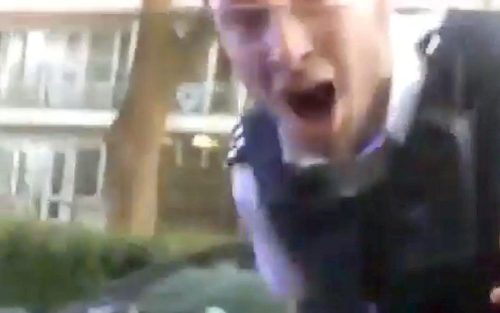 “WOULD YOU LIKE TO BUY A RAFFLE TICKET, SIR?”

A seemingly wanton act of criminal damage may have been an over-exuberant attempt to raise funds for PCs down on their luck.

“Some Officers have to retire early after, say, accidentally attacking a member of the public or their property.” said Sir Bernard Hogan-Howe.

Their benefits would be less than those of colleagues who work a full thirty years before claiming two thirds final salary, index linked for life. The Police Benevolent Fund exists to raise funds from the public to help Officers who have fallen on hard times.

“I’m not saying that this Officer did anything wrong.” said Sir Bernard ” That is subject to an independent enquiry, but he was probably just being a little over-zealous in seeking support for the Ben Fund. Just saying.”

“In the meantime, we’re asking witnesses to provide names, addresses and vehicle registration, when we can assure you that you will receive the personal attention of an unbiased friend of the Officer concerned.”