Even Daily Mail readers acknowledge Brexit as a shit sandwich 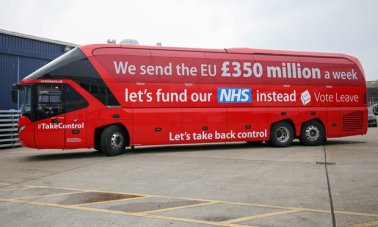 But the bus, oh the bus was beautiful. Surely something that pretty cannot lie?

As Theresa May says no way to Brexit promises on immigration and the NHS while leaders at the G20 summit queue up to tell her they’d rather trade with some ducks and a pie than Britain, even Daily Mail readers are realising that Brexit is bobbins.

“I didn’t want to believe it at first,” said a Katie Hopkins and Sarah Vine fan. “The DM swore blind that if we stayed in Europe immigrants would swarm and give the Queen’s swans AIDS then force the BBC to broadcast the Islamic call to prayer instead of The Archers. Now I realise that that was as credible as whatever Keith Vaz is going to say next.”

Those sentiments are being echoed up and down the land as it finally dawns on the Daily Mail’s loyal readers that a paper owned by a tax-exile living in France whose most swivel-eyed columnist lives in Florida which is edited by a man who receives a fortune in EU farm subsidy money may not have had the best interests of the country at heart after all.