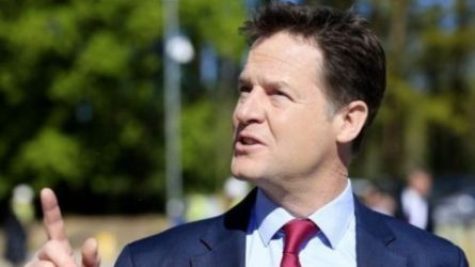 Hold on, what was the name of that guy in the cabinet who could have stopped them?

Nick Clegg’s says his forthcoming book will lift the lid on former Tory partners. “The public will be shocked to learn that they were inveterate liars and cheats. Plus IDS was also thick. By the way, I’ve got a new book out.”

Blue Peter badge holder, former ‘deputy prime minister’ and coalition gimp, Clegg reveals that Theresa May made up immigration figures, whilst George Osborne didn’t have a clue about maths, much less economics. “There are lots more surprises like that in my book.” he added.

“I know you’ll find this hard to believe” says Clegg “but Iain Duncan Smith liked nothing more than stomping on people’s hopes and dreams. And pulling the wings off butterflys, then shouting over and over “still fit for work, still fit for work. It’s all in my new book.”

This is the first time Clegg has opened up about his five years of being in the same room as other people making decisions. “I thought it was time to tell my side of things, whilst the public is still interested. Did I mention I have a book out? … hello, anybody, hello?”