“UKIP asks ‘should we all be racists now?'” 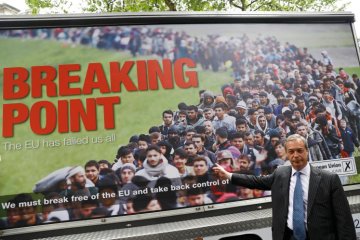 In the sharp rise in hate crimes since the referendum, it sees an indicator that the country is already grinding inexorably back towards the 1950s.

“Obviously we’re a long way” said an unknown UKIP spokesman who was definitely not Nigel Farage “a long way away from seeing ‘No dogs or gypsies’ signs on pub doors again.”

“But Rome wasn’t built in a day. Not by Italian builders anyway; do you get it? Just a bit of banter. They don’t mind, do they, the Eyties?”

“Like the P”kis, they love the banter too. Is it OK to say ‘P”ki yet?” he asked “What about N”g- N”g? Something that sounds that “sing-song” and jolly can’t be racist, surely.”

Comments Off on “UKIP asks ‘should we all be racists now?'”