“We’re the red hot, redneck USSR”: Australia gets itself written out of UN climate change report to protect tourist dollars 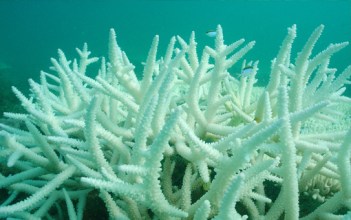 “The Great Barrier Reef was bleached and lifeless when we found it, mate. Honest.”

Sunny but evil Australia has had itself purged from a UN global climate change report believing that any drop in tourism will damage the country immeasurably while climate change itself won’t because they’re immune due to being quite good at cricket and having lots of barbecues.

Environment Minister Greg Hunt said that it was right that Australia is the only continent left off the report. “Yeah, yeah that’s fair because we need tourists and, er, no other place does. Plus we don’t like people saying  we’ve broken the reef, buggered Tassie and turned the tropics into something more stomach turning than the most violent scene in Game of Thrones. I mean we totally have done all that but mum’s the word, eh?”

“The thing about the environment is that you have a choice: protect it for generations to come or fuck it rigid so you and your friends can make a lot of money,” Hunt went on to explain. “What kind of a politician would I be if I didn’t choose the first option? Getting ourselves out of the report may have been a bit 1984, a bit USSR but they both had happy endings, right?”

Hunt agreed to go and read a couple of history books saying that like everyone in the Australian government he loved the past and wasn’t at all bothered about the future.

Comments Off on “We’re the red hot, redneck USSR”: Australia gets itself written out of UN climate change report to protect tourist dollars