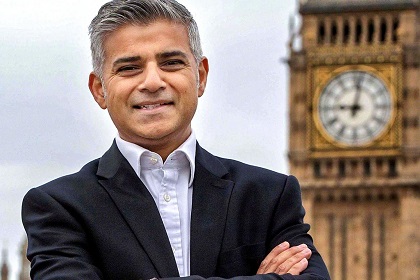 Londoners have reacted with surprise to the news that their new mayor Sadiq Khan is not an evil, lying corrupt bell-end.

Unlike predecessor Boris Johnson, Khan has immediately given the impression of being a likeable, reasonable man, with little or no inclination to act like a complete arsewipe.

“We have to say we expected the sort of person who would lie about wasting millions of pounds of our money on building a green bridge for his mates,” confessed one Londoner. “Or who display casual racism every day, calling Africans ‘piccaninnies’, that kind of thing.”

“Instead we seem to have someone who just wants to do the job and make the city a better place, rather than pissing all our cash up the walls of his mates’ country estates.”

“Obviously it’s possible to have a non-bell-end mayor of London, it just seemed like the odds were against it. Every one since Whittington has been a dick, frankly.”

“So this Khan guy’s going to take a bit of getting used to. And he doesn’t even come with a newt.”

Meanwhile, Johnson’s insistence the the EU is like Hitler just goes to show that if London is, as many suspect, the arsehole of the world, then Boris really was just passing through.

Comments Off on New London mayor ‘not a bell-end’ shock