Shoplifting ban should be suspended, rules court of appeal, as ‘everyone knows how to get past security bloke’ 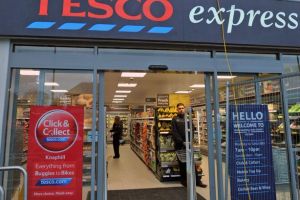 A court order banning the theft of goods from Tesco Express in Harold has been lifted. Court of Appeal judges accepted local thief Mark Kettle’s bid to lift the ban, and said the overt pilfering of items from the shop could start, pending a possible appeal from the manager.

The judges said the practice of nicking jars of coffee and packets of Haribo from Tesco Express had now been widely established and it was no longer in the public interest to maintain the ban.

They gave the shop time to apply to take the case to Dunstable Supreme Court. In the ruling, they said there must be no theft leading to getting caught before 13:00 BST on Wednesday. The shop has until 10:00 BST today to submit arguments to the Supreme Court.

It will then decide whether to hear the case – and therefore extend the shoplifting ban – or to throw it out, leading to the order being lifted.

In a kind of ironic “Barbara Streisand effect”, the shop’s frantic attempts to use the courts to halt the flow of stock out of their doors may have back-fired serving only to publicise that there were things worth stealing and selling on.

Much of the harm which the ban was intended to prevent has already occurred,” Lord Justice Jackson said, from behind an array of vodka and brand-name deodorants.

“The court should not make orders which are ineffective. Wanna buy some Gillette Mach 4 razors?”

Comments Off on Shoplifting ban should be suspended, rules court of appeal, as ‘everyone knows how to get past security bloke’