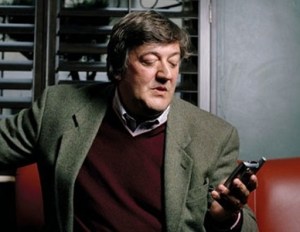 This is not the first time that Twitter has left Fry, but media observers believe this time may be no idle threat.

“Stephen Fry used be exciting,” said a spokeperson for the company. “But lately he’s just not fun any more. Too full of abuse and bad jokes.”

“Gone are the days when you’d log on to see what was going on with Stephen Fry, it’s become a drag, frankly.”

The decline of Stephen Fry is a sad contrast to the days when he ruled the media. Now younger, trendier personalities like Kylie Minogue have all but eclipsed the former social giant.

Many comedy users are coming to a similar conclusion, with millions apparently swearing off Stephen Fry every month.

“He used to be someone you could really get behind,” said one former fan. “But lately it’s just all the same – self-promotion, bad jokes and boring stuff about Norwich City.”