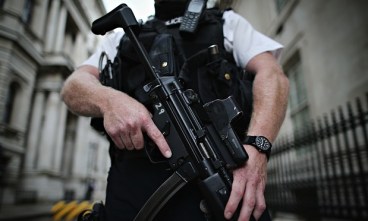 Dead-eyed Blue Meanie in a human being costume, George Osborne, has spoken of his indifference to the approaching financial apocalypse.

“Don’t really give one to be honest,” he said. “Maybe it should all go boom and slip into invigorating chaos. For one thing all that foraging and fighting would solve the obesity crisis. When I’m ordered to go out and meet the public I often think that what would benefit almost all of them the most is a good dose of Hunger Games.”

“And closer to home if the world’s economy collapses big time then I’ll be fine. I live behind massive gates. Besides which I won’t starve. You seen the size of my next door neighbour? I could live off that for months.”

Comments Off on ‘Don’t care, I live behind huge gates’: Osborne indifferent to financial doom