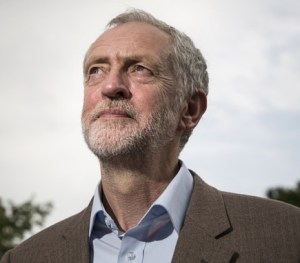 He’s staring at the sky to summon more rain. And Cthulhu.

As the north continues to be battered by floods the Guardian newspaper has decided to blame the whole thing on Jeremy Corbyn.

“Ever since he became leader our stance has very much been when the news is nasty or scaremy, don’t think, just blame Jeremy,” Guardian editor Katharine Viner told us. “And the floods are a perfect excuse to carry on.”

“It may seem strange that an ostensibly left-wing broadsheet is dedicated to undermining the most left-wing Labour leader in a generation,” she said. “But surely it’s weirder that the shadow cabinet are doing the same.”

One Response to Guardian blames Jeremy Corbyn for floods