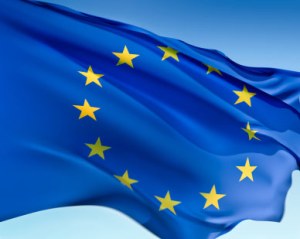 Sod off, Australia. Ain’t no wombats in the European Union flag.

Europe’s leaders are coming under intense pressure to close the borders now that Australia has infiltrated the Eurovision Song Contest for the second year running.

“This is beyond a joke,” said villager and seasoned Eurovision viewer Jane Hough. “When will the Eurovision powers that be realise that the majority of people don’t support their policy of letting anyone in? Australia is not compatible with Europe and especially not with the UK. They have endless sun and great sports teams, we have endless Katie Price and oh my god what happened during the rugby world cup?”

“Eurovision already includes Turkey, Russia and Israel, and now Australia,” she said. “It’s time to say enough is enough and take back our way of singing crappy pop songs before it’s swamped with different styles of music.”

“In America they have a World Song Contest and they’re the only nation allowed to compete in it. I think we could learn a lot from them.”