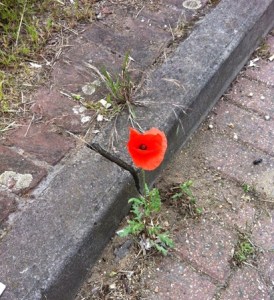 A local man admitted the French terror attacks caused him to have Britain First thoughts, which even a cold shower and pizza wouldn’t shake.

In what was probably a common reaction throughout the UK, Harold café owner Dominic Delaney said the horrific nature of the Jihadist attacks made him feel angry and powerless, and his immediate reaction was that Muslims be banned from entering Britain.”

“The more bodies I saw, the more angry and confused I became” said Mr Delaney. “Yesterday I would smugly repeat that only a very small minority of Muslims were terrorists, yet today I didn’t just want to ban Muslims from entering Britain, I wanted to deport all the ones already here, even my best friend Ahmed.”

“I suddenly realised I was having Britain First thoughts, and I tried to block them out with a cold shower and pizza, but my mind was flooded with anti-immigration slogans. I started to fantasise about shaving my head and importing a mail order bride. I almost shared a Facebook post containing a Union Jack flag and a poppy.”

“In desperation, I looked at Russell Brand’s twitter account so he could tell me what I should be thinking, but all I found there were tweets about shows on his world tour and links to some merchandise” said Delaney

“In the end, the solution was obvious. I clicked on the Britain First website and 5 minutes browsing reminded me that if Britain First is the answer, you’re probably asking the wrong question.”

“I still don’t have the answers. I know deep down that the West has used the Middle East as its petrol pump, and that Bush and Blair’s bumbling interference wasn’t massively helpful. But I remain utterly convinced ISIS are absolute c**ts of the first order. I’m happy with the US continues firing missiles at them as long as they are a bit more careful about nearby hospitals.”

“Anyway I’m off to the Squirrel Licker’s Arms to have a pint with Ahmed and talk about the football.”

Comments Off on Man has guilty Britain First thought