Blair to be thrown from yacht and drowned under ‘Maxwellisation’ process 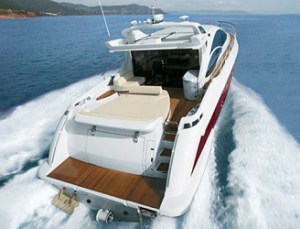 The ‘Maxwellisation’ process which has delayed the Chilcot Iraq War enquiry will mainly involve throwing former Prime Minister Tony Blair from a yacht, it emerged today.

The process, named after the practical measures taken in disposing of evil megalomaniac Robert Maxwell, involves the ‘accidental’ drowning and/or disappearance at sea of a person too unpleasant to deal with in any other way.

Blair’s reluctance to be weighted down and hurled into the ocean is believed to be one reason behind the extreme delay in finishing the enquiry.

“People are blaming me,” explained enquiry chief Sir John Chilcot, “But they don’t realise the time it takes to persuade a man like Blair that everyone would be better off if he was just tied up and dropped into a large body of water. I’m doing my best.”

At first it was hoped that the former Prime Minister would consent to being strapped to a pile of bricks and dropped into the North Atlantic, but after negotiation with his advisers this punishment was reduced to being gently pushed into the warmer waters five miles off Antibes in the Mediterranean.

Hopes that Blair could be weighed down with the broken dreams of a million dead Iraqis were deemed to be more poetic than practical.