Nation afraid to admit it thinks James Bond is crap 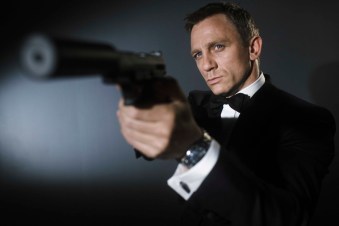 As another James Bond tits ‘n’ explosions spectacular hurtles into cinemas this weekend a shock poll has discovered that most UK adults are about as interested in 007 as they are in finding a way to have a lot less sex.

“Problem is it can’t be spoken of,” said one poll respondent. “Being a fan of James Bond is part of being British. You can’t say you think he’s a dull and violent cockwomble any more than you can say you don’t know what Mary Berry is for and didn’t laugh when Del Boy fell through the bar.”

The fear that keeps those who don’t like Bond silent isn’t just cultural but also economic. With many of those polled saying that they are worried that if everyone spoke out then the endless articles and clickbait on Bond’s suits, songs,  gadgets, women and cars would cease. And given that most things in this country have just been handed to China, Bond Bobbins is the only UK industry left.