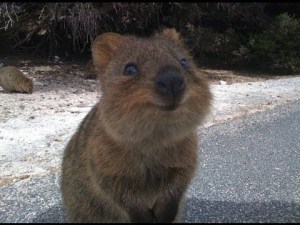 Australia has officially taken over from the USA as global village idiots following a recent flurry of good ideas from Washington on things like healthcare, gay marriage and extremism. As he received the golden sheep’s bladder on a stick from Barack Obama during a ceremony in Canberra earlier today, Prime Minister Tony Abbott said that he is delighted by his country’s rise.

“I’m really pleased,” Abbott said. “It’s been a lot of hard work to become this thick. We’ve had to sign off on a massive coalport in Queensland that’s going to do to the Great Barrier Reef what Miley Cyrus does to music. I, who am vehemently against abortion and who described equal representation as ‘folly’ made myself Minister for Women. And it goes without saying that there’s no gay couple going to need to book a venue and order a cake in this wide brown land any time soon.”

“That’s just the tip of the iceberg. Not that I believe ice could ever be a problem because I’m a climate change denier,” Abbott said with pride. “You name it, my government is bloody stupid about it.”

“We just need to ‘fix’ the gun control laws and then our dominance over the USA will be complete. At least until they elect another member of the Bush family as President that is.”

Comments Off on Australia officially takes over as global village idiots