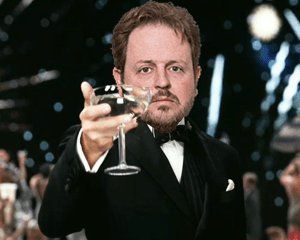 D’Ancona proposed a ‘bottoms up’ redistribution.

As the shock of Labour’s election rout slowly wears off, Guardian journalists are debating where it all went wrong over bottles of Champagne and sliced Parmigiano-Reggiano.

“I think Ed failed to connect with the worker people who do things with their hands, shop people, and the like” said Matthew d’Ancona after his third glass.

“He should have done more photo-ops with those Northern men who wear funny hats with a torch on them and go underground to get stuff. Then the worker hand-stuff people would have warmed to Ed and trusted him to spend their money wisely.”

Polly Toynbee is convinced Labour should have confronted the immigration issue head on.

“Miliband needed to reassure voters that immigrants are no threat. I mean my next door neighbours are an American couple who I think do some money finance type stuff in the City. We have our differences – the Americans prefer to holiday in Cannes while David and I prefer Tuscany but the point is we get along.”

“We all needed to do our bit to educate the less fortunate in society, by that I mean non-Guardian readers, about social justice and selflessness” said Bidisha while nibbling on a quinoa and kale salad.

“I mean I was in Waitrose a week ago returning some Colombian coffee beans that weren’t absolutely fresh and I mentioned to the shop worker person that we all have to make sacrifices for the greater good. I said how I could have become a lawyer earning £600,000, but instead choose to be a Guardian columnist and BBC pundit earning a fraction of that, about 9/10ths to be exact. She just walked away saying she needed to finish her shift and get home to cook tea for her 6 kids.”

“Could I have done more? Should I have stopped her, given her a slap, and told her she was a selfish bitch? I blame myself really. Matt, is there any more Krug left?”

One Response to Guardian journalists debate ‘where did Labour go wrong?’ over bottles of Krug NV Grand Cuveé