Royal baby delay due to Kate forgetting birth is her job, not the nanny’s 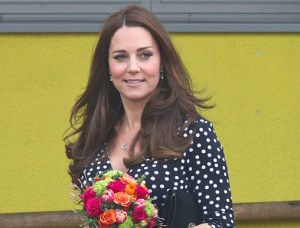 An apologetic Kate promised she will hurry up and give birth now she remembers this bit was her job and not the nanny’s.

“It’s a little embarrassing, I thought nanny Maria was just slacking off as she constantly played that strange game with George where she keeps putting some sort of cloth on his bottom only to take it off a few hours later” explained Kate.

“But it turns out that as well as the occasional photo-op, I actually have to give birth to the thing. Easier said than done as Granny Liz says I’m still not qualified for the ‘too posh to push’ method.”

When the Evening Harold pointed out to Kate that as well as photo-ops and giving birth, there was one more thing she had to do just before the pregnancy started, she collapsed in a heap.

“WHAT??? I have to let William put THAT down THERE??? That lazy cow Maria should be doing that rather than mucking around playing some sort of ‘here comes the aeroplane’ game with George.”

One Response to Royal baby delay due to Kate forgetting birth is her job, not the nanny’s