All guns no butter: Ukip’s manifesto believes in 1950s Britain 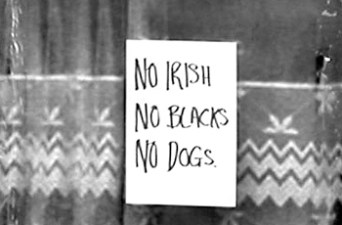 Ukip will give the nation a bloody good laugh today by launching a manifesto that’s as up-to-date as an episode of Dad’s Army. Relying heavily on the banhammer it, of course, would ban UK involvement in European politics but also ban the Department of Energy and Climate Change, green subsidies and the Department for Culture Media and Sport because these are complicated and Ukip basically just likes tanks.

“Under Ukip much more of our GDP will be spent on defence,” Nigel Farage will say in a speech this afternoon. “Because we have no idea how the economy works or how a modern society functions but we know a lovely row of marching soldiers when we see one. We want less jaw-jaw, no immigrants, and more war war plus more smoking and pubs.”

We caught up with Farage at his HQ and asked him whether Ukip’s manifesto could work in reality.

“Of course it can,” he boomed. “All our proposals are sensible and financially viable. Best of all they’re just common sense.”

He then went to leave but was held up for a while pulling frantically at a door clearly labelled ‘push’.

Tagged as Evening Harold, nigel farage, they're not racist but..., Ukip manifesto

One Response to All guns no butter: Ukip’s manifesto believes in 1950s Britain