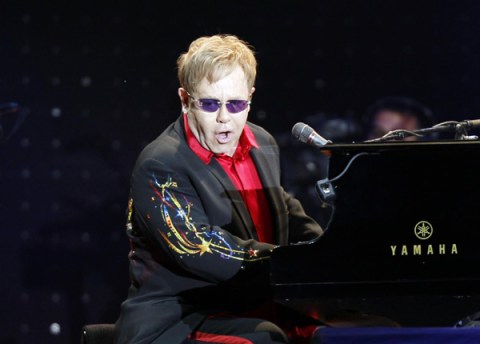 At Leicester Cathedral today, Elton John will play yet another version of ‘Candle in the wind’.

“Funnily enough” said the Cabbage Patch doll of Pop “it debuted at Richard III’s first funeral and Bernie agreed we should wheel it out again for this one.”

An early Draft of order of service has been seen by the Evening Harold’s Royal Reporter:

Sir Elton of John, at the pianoforte: A single light a single rose [isn’t this from ‘Starry starry night’ Elton?]

Though I never knew you at all

And came back with a haul

Of ‘Wars of Roses’ roses

And that’s the end of that

I would have liked to know you

But you’da killed my kids

Young lives burned out long before

Their candles ever did

Applause: To sweep into the Cathedral from the crowd outside

More applause: To sweep into the Cathedral from the crowd outside

Archbishop Justin: Special thanks to the events sponsors ‘White Roses direct’ and then some religious stuff

Any remaining Richard III dust to be swept up from the inside Cathedral. Then sold on eBay.